Sears Roebuck and Co. has been offering various forms of two-wheeled motor vehicles in their stores and catalogs throughout the 20th century.

In the 1950s and 1960s, Sears sold many rebadged motorcycle, moped, and scooter models produced by manufacturers including Cushman, Piaggio, Gilera, Puch, Yardman and others. From 1951, their catalog bikes were rebadged with "Allstate" up until the mid 1960s, then switching to the "Sears" badge.

Each one of these two-wheeled motor vehicles sold by Sears Roebuck and Co. during the 1950s and 1960s were assigned an identifying model number. This model number was marked in the Sears catalog with the cycle for ordering purposes. Once you received your cycle, you could find the model number on a metal plate riveted to the cycle and printed on the corresponding setup/parts manual. Here are what the riveted badges look like: 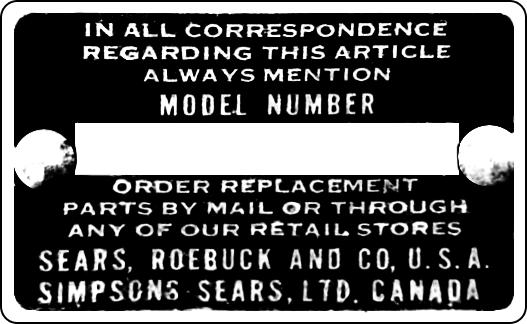 Located on engine base. 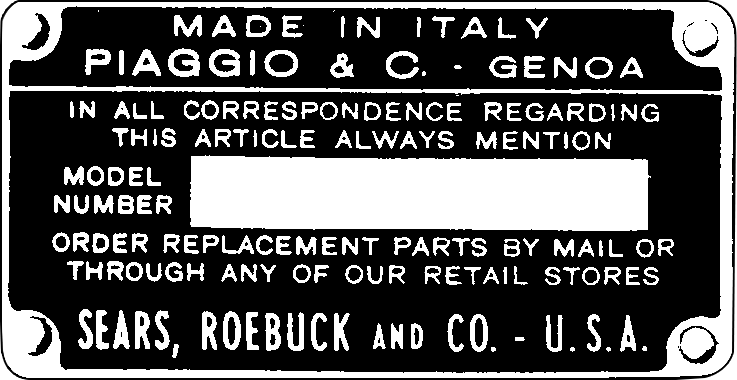 Located below front of seat on body by petcock lever. 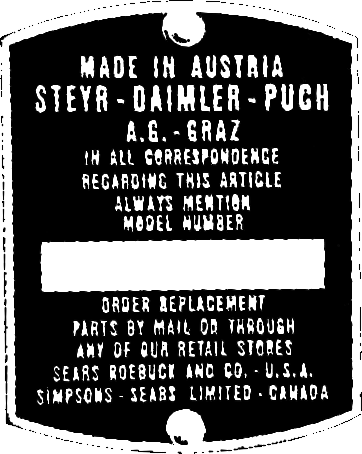 Located on frame neck behind headlight or right side of frame by rear wheel well.

Located on the sheet metal guard between the rear wheel and engine.

Located on the frame's sheet metal base plate where the engine mounts.

These model numbers were very important because they were used throughout the whole process from ordering the two-wheeled vehicle from Sears up until you needed help from the Sears Cycle Center getting the correct replacement parts. These model numbers weren't used for titling purposes because there was still a separate serial number engraved on the two-wheeled vehicle that came from the manufacturer.

Why doesn't my year on my title match the year listed below? This is a frequently asked question. Sears commonly would title the motorcycle, moped or scooter the year they sold it instead of the year it was manufactured. Many times inventory sat around long enough resulting in the incorrect year being printed on the title. 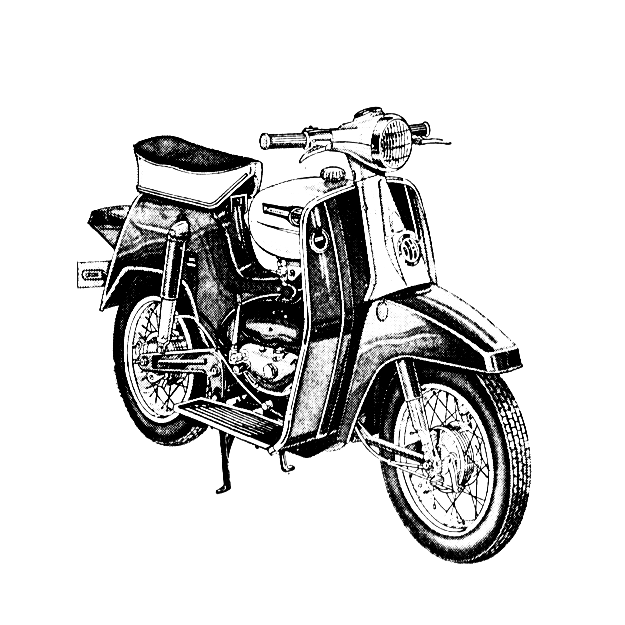 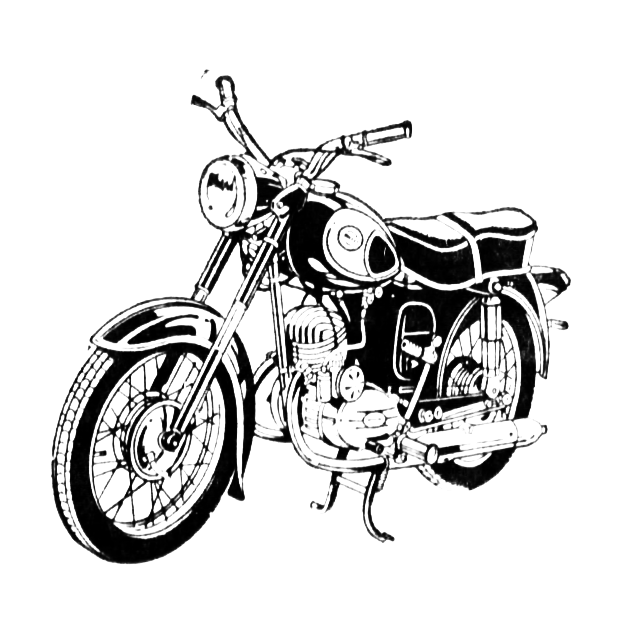 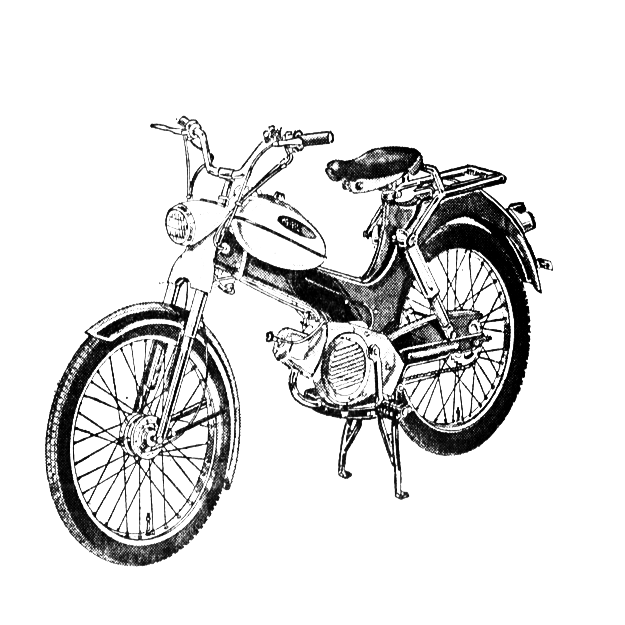 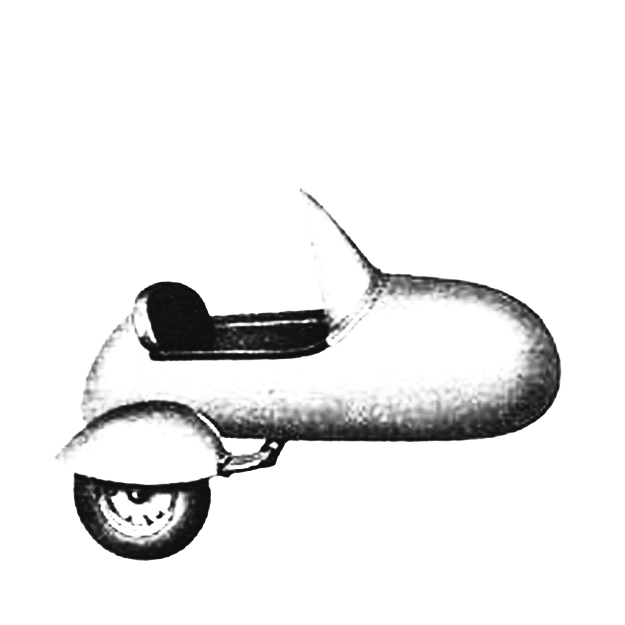 Sears Allstate Riders is dedicated to the history and preservation of motorcycles, mopeds, and scooters that were sold through the Sears, Roebuck and Co. catalog.